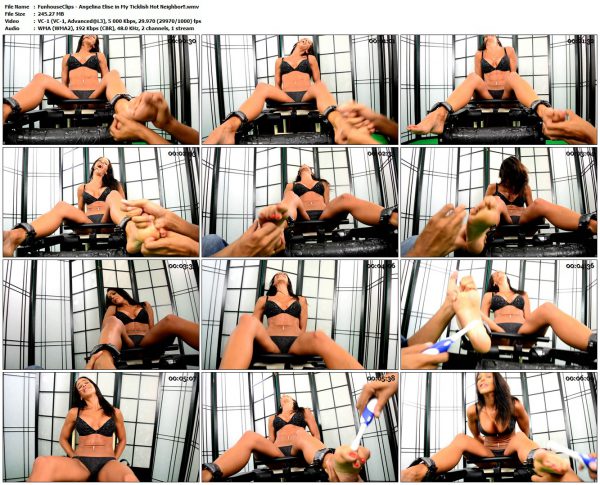 Serial tickler Bobby Tickles really hit the jackpot today as he might have found out one of the most ticklish girls in the world just moved in his neighborhood. That is when he decided to pay Angelina Elise a visit while she was settling in from the UK. When she found herself braced down in the tickle chair she demanded him to let her go but that wasn't happening. The very second he touched her soles she was screaming for mercy. But a serial tickler like Bobby can't hold back he just had to tickle torture her. He took time on each foot with the tickles. The screams of laughter was a major turn on for this dude and he wasn't over yet. That is when he took out his crafty tickle tool which was his old electric tooth brush that totally drove her insane. The screams was so freaking loud that she could be heard miles away but that didn't stop Bobby as he continued to tickle each sole until he was truly delighted with his latest gal for torture!